Ferrari Rental Miami, mph club understands the importance of history. Ferrari was founded by Enzo Ferrari, a then employee of famed manufacturer, Alfa Romeo from 1920 to 1929. Enzo had a tenacious appetite for automobiles. At the tender age of 12, he wanted to become a race car driver. At Alfa, he achieved his dream, and adopted one of the most recognizable logos in the world: the prancing horse (cavallino) insignia for his Alfa race car. In 1929, Ferrari left Alfa Romeo to start Ferrari in Modena, his OWN privately owned racing team. It was then, that the famous Ferrari brand was born. Making Ferrari one of the most successful sports car companies in the world. 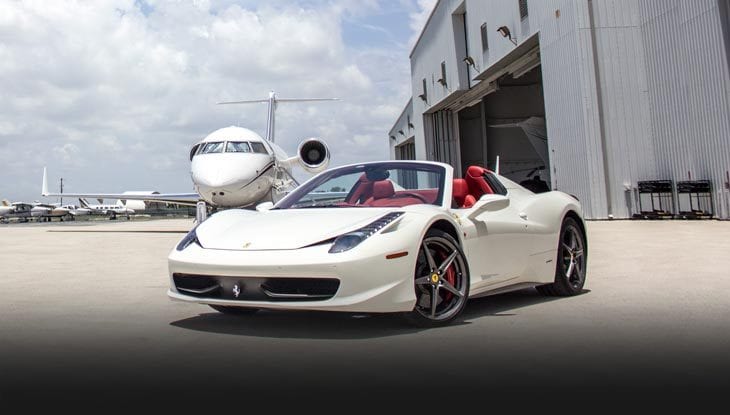 Ferrari 458 spider’s offers you a stunning drive with a combination of comfort and elegance. It’s impossible to have a good supercar driving experience through it. Enrich with technological specification and design is always proved. 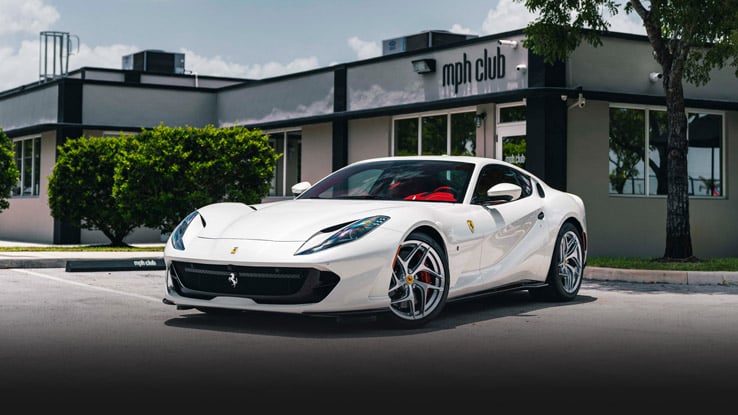 With right around 800 horses under the hood, this roadster gives brutish force, encouraging a zero-to-60-mph run that times in at under three seconds. There’s additionally specific practicality affecting everything since the 812 Superfast offers more payload space than the regular supercar—enough to settle on it a sensibly obliging decision for the day by day drives. 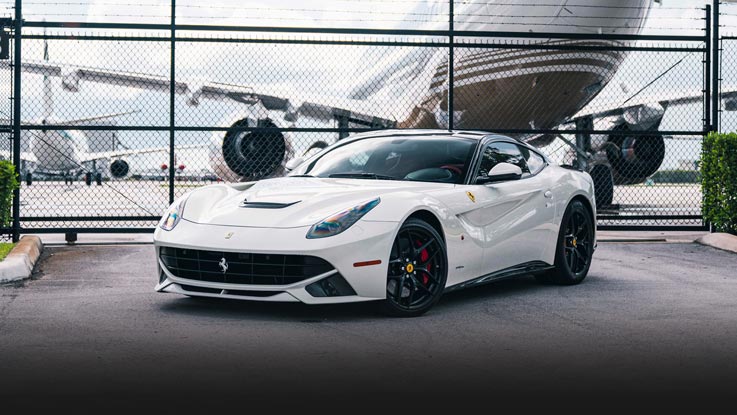 The Ferrari F12 returns to its customary ways as opposed to other models since it is a 2-seater and has a front-mounted motor. Yet, it’s not only a normal motor. It flaunts an enormous 6.3L V12 machine matched with a 7-Speed Dual-Clutch Automatic gear to give the most ideal shift to conquer the opposition. Come experience the Ferrari F12 and drive mph club style! 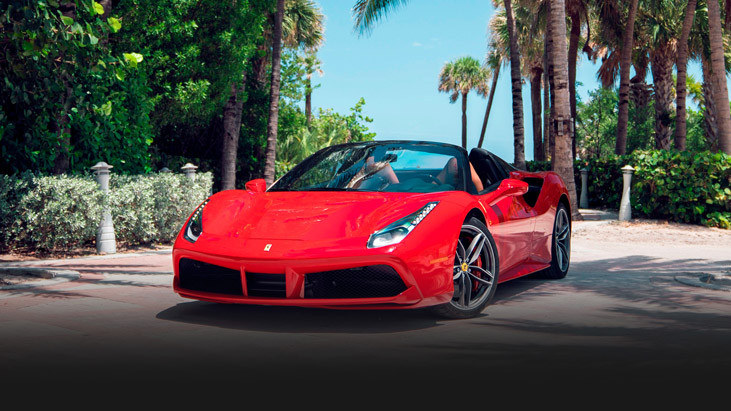 Fueled by an eighth gen V8, for this case, a 3.9-liter twin-turbo unit, the 488 Spider delivers a fantastic 661 horsepower along with a 561 lb-ft of torque and will rocket the 488 from 0 to 62 mph in around three seconds level. It would definitely likewise dazzle Dominic Toretto with its quarter-mile duration of just 10.55 seconds 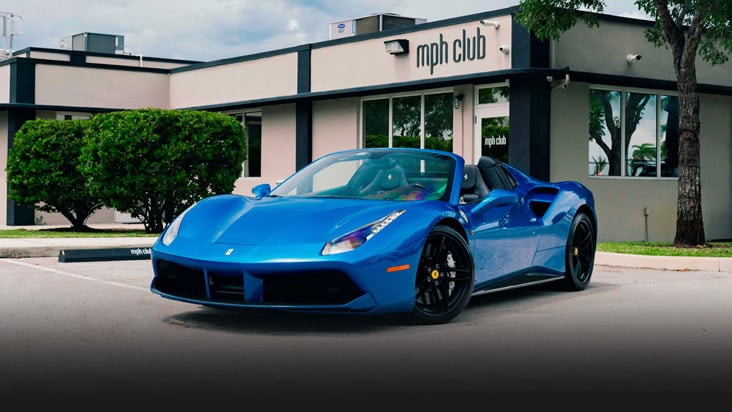 The consequence of show-stopper creation process from incredible Italian brand is an astounding new roadster Ferrari 488 Spider that brings the satisfaction to our customers with beautiful outlook of the features and sound of the revving engine. 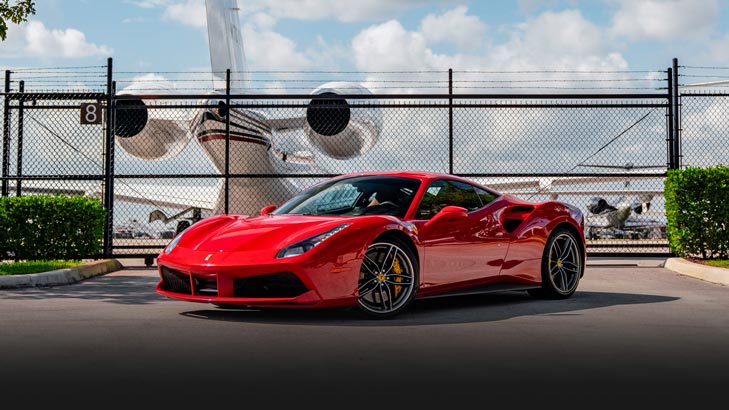 When it comes to thrill and excitement at their peak in addition to grace Ferrari, 488 GTB always comes to mind. Your super dreamy car has a graceful arch of a roof. The smooth delivering of a ride makes it a companion in daily driving. mph club offers you nothing but the best. In case we’re being brief, it’s a face-lifted, turbocharged Ferrari 458, which replaces the flawless Italia following six years on special. However, the Ferrari 488 GTB is something a lot greater. It’s Ferrari’s first turbo-charged mid-engined vehicle since the notorious F40, and a huge change in Ferrari’s future vehicle guide. 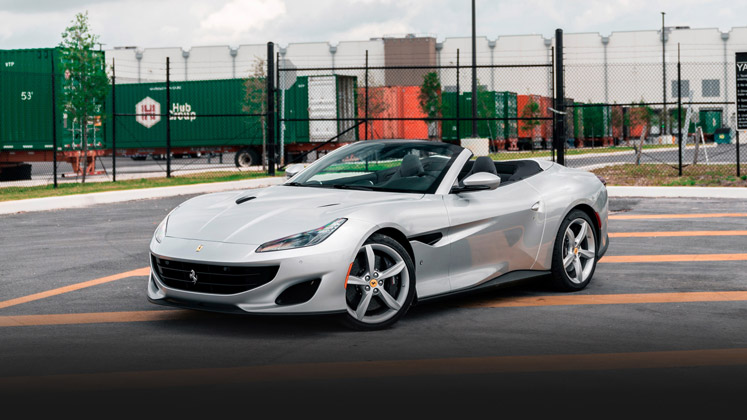 A Ferrari is characterized by its motor as much as its styling, and the twin-turbo 3.9-liter V8 that covers up underneath the Portofino’s prolonged hood is great. The motor sends 591 horsepower and 561 lb-ft of torque to the back wheels through a seven-speed double grip programmed transmission.

The California T is Ferrari’s re-visitation of constrained induction, yet where the last turbo Ferrari was the brutal F40, the T is far more agreeable. It’s the gentlest in the Ferrari world, intended for day by day simplicity and use. 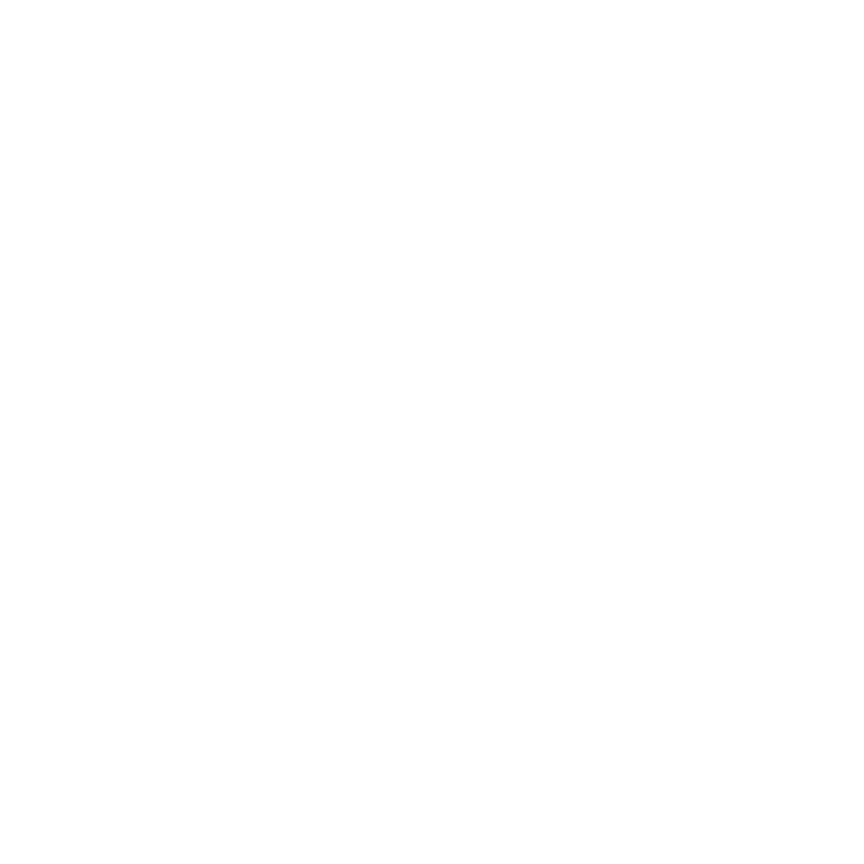 Have we peaked your Ferrari interests? Ferrari Rental Miami is available 24/7/365 for your rental needs.  Contact us today fill out our booking form and we will promptly be in touch.

The History of Ferrari

Almost all Ferrari Rental Miami exotic cars started with one central idea: make awesome cars. The first Ferrari road car was the 1947 125 Sport. In 1947, this super car was powered by a 1.5 L V12 engine, and fielded during the Monaco Grand Prix. It was the first World Championship held there. Three years later, Albert Ascari won Ferrari its first title in 1952, a task he would repeat in the season thereafter.

Enzo Ferrari was a strong leader with a passion for fast cars. His strong personality translated into his leadership role and internal tensions began to rise. Long-time sales manager Girolamo Gardini had long chafed at the involvement of Enzo’s wife, Laura, in the company. The two frequently argued, and their dispute became a crisis for the company when Gardini made an ultimatum to Enzo: if tensions continued, he would leave the company. As a result, Gardini was ousted along with Scuderia Ferrari including chief engineer and the car development chief. All of these individuals were pivotal to the company. 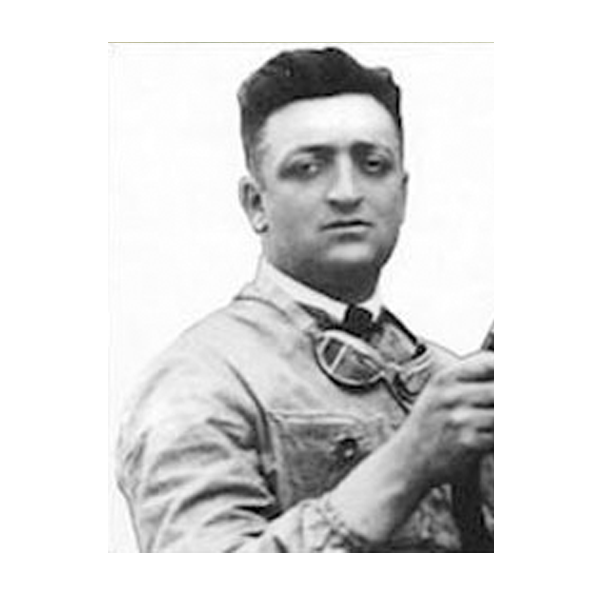 The Rebirth of Ferrari

The “great walkout” came at a difficult time for Ferrari. The company was in the midst of developing a new 250 GTO-based model to compete with the Jaguar E-type. The GTO went to Sebring with driver Phil Hill and placed first in class. It continued winning through 1962, brushing aside the challenge from Jaguar and becoming one of the most famous sports cars in history. By the early 1970’s Ferrari had established itself as the ultimate supercar. Ferrari now had a new competitor in Porsche. The 1970 season saw epic battles between the two teams and the many cars they entered, yet Porsche won every event except Sebring, where the victorious car and its drivers Ignazio Giunti/Nino Vaccarella/Mario Andretti had their origins in Italy. Ferrari decided to give up the 512 in 1971 in order to prepare the new 312PB for the 1972 season, when only 3 litre class would be allowed. Ferrari Rental Miami provides an amazing experience.

Fiat, an automotive manufacturer in Italy, took a 50% stake in Ferrari in 1969. Fiat helped increase Ferrari’s exposure, while the vehicles were literally untouched by Fiat’s engineers. Ferrari had moved into Le and won second place. It was in 1973 that Ferrari retired from the sports car racing circuit to focus on his F1 passion

Ferrari enjoyed a successful career in Formula 1 in the 1970’s, with Niki Lauda winning the World Championship in 1975 and 1977, and Jody Scheckter in 1979. In 1988, Enzo Ferrari passed away. The last new model he comissioned for development was the specialist F40. The Former Sporting Director Luca Cordero di Montezemulo was appointed President in 1991.

Today, Ferrari is a large part of the Fiat group who owns the majority of the company share. When it comes to Ferrari’s modern days of racing, they are going strong. Between 2000 and 2004, Ferrari driver Michael Schumacher went straight for world championship dominance and won the World Driver’s championship four times in a row. Subsequently, Ferrari was the keeper of the Constructor’s Championship for 5 years (1999-2004). Ferrari has long shed the mantle of JUST a sports-car status, becoming an icon while Enzo Ferrari was unofficially appointed Patron Saint of Sports Cars. Enzo Ferrari never made use of advertising, being a brand built entirely though tradition and quality, the name would live on forever in the hearts of race enthusiasts.