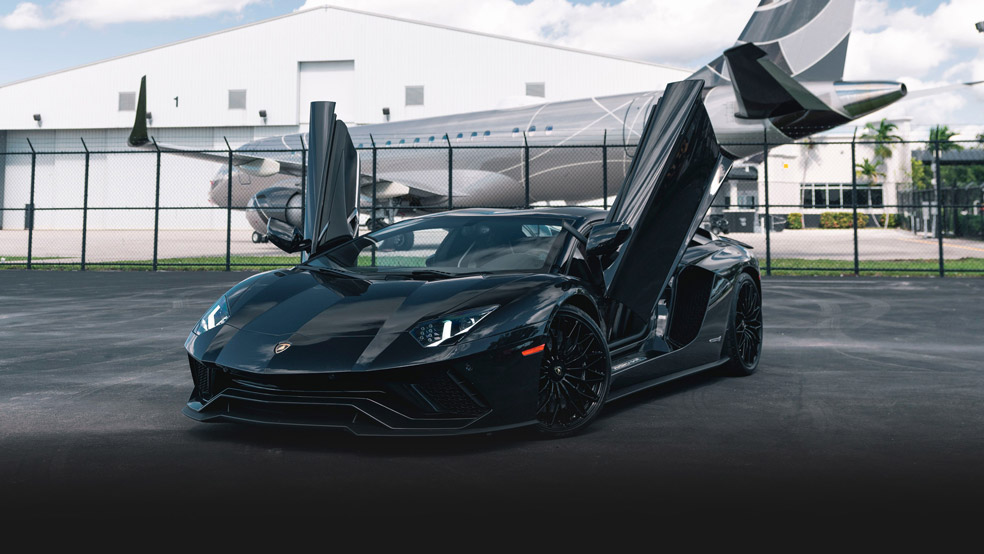 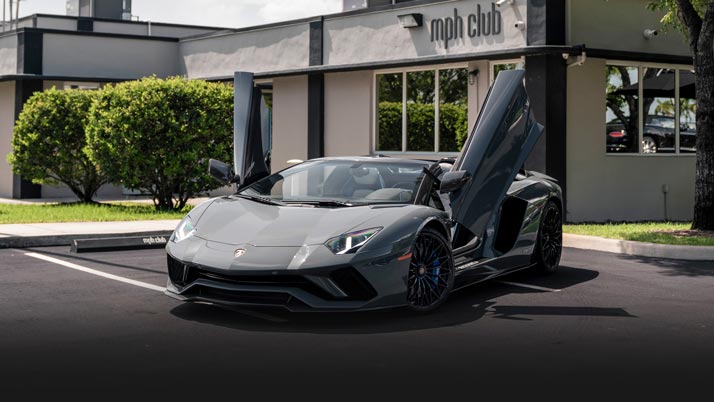 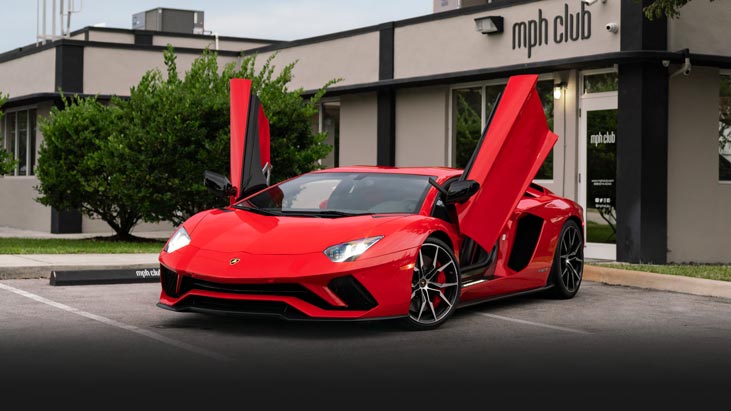 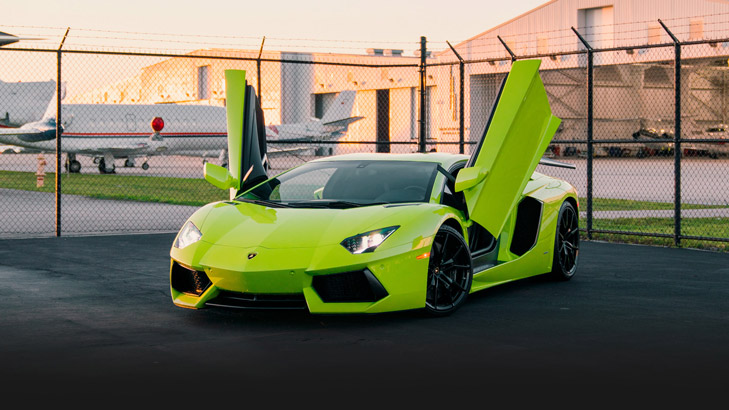 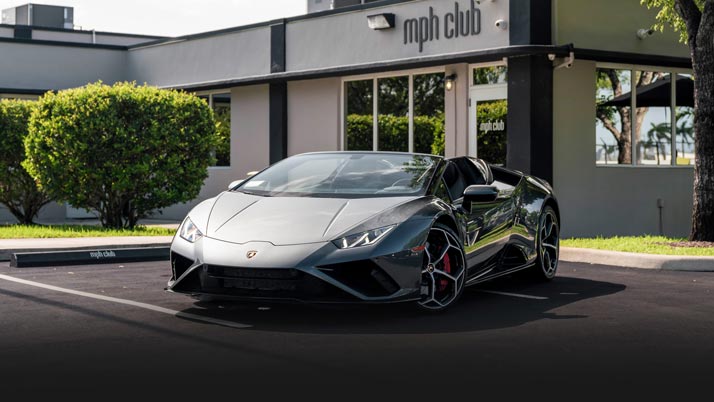 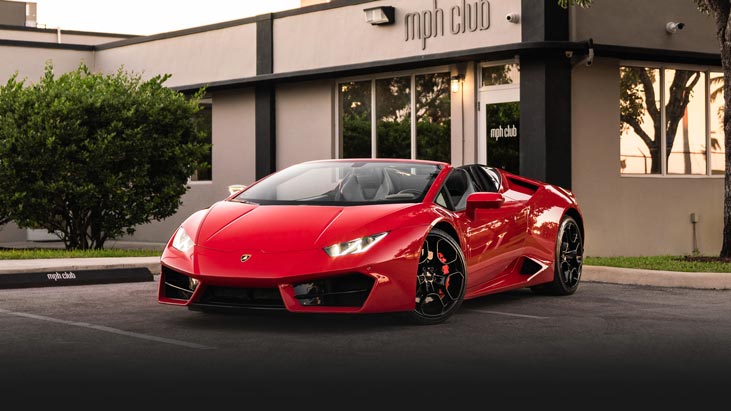 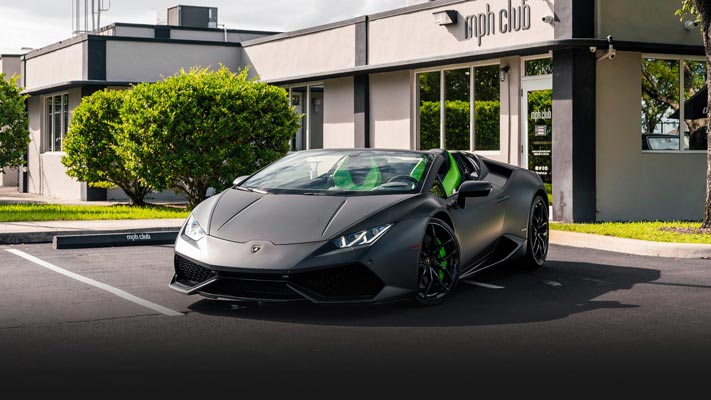 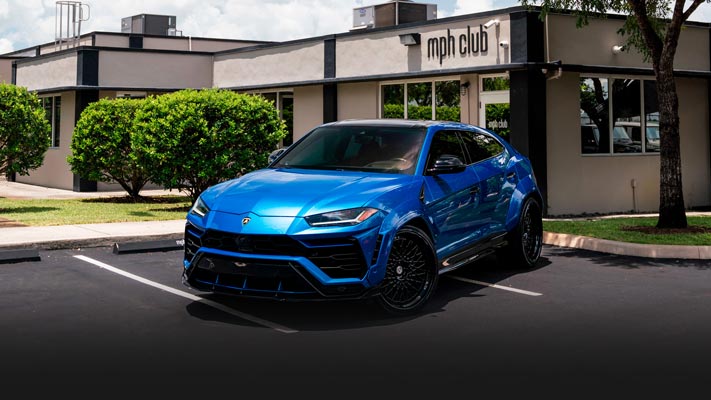 Intense cutting edge design from the exterior all the way to inside the car, getting behind the wheel of a one of our Lamborghini rentals will leave you breathless.

An exotic vehicle brand that has been leading the automotive industry for years, Lamborghini is no stranger to our ears and when we hear this brand we know something exciting is to follow. Year after year the brand has done nothing less than stun its audience with the release of a vehicle that, before them, would most probably seem unimaginable.

Bringing our imagination to life, Lamborghini has mastered the craft of designing vehicles that gives us a sneak peek into the future of automobiles. Butterfly doors, cutting edge technology, and a powerful performance- driving behind the wheel of one of our Lamborghini rentals these feels like driving a rocket ship; the thrill is beyond anything you can ever experience.
Lamborghini has always been a brand associated with luxury high end living. What is luxury without a fancy car to accompany it? The luxury lifestyle is no stranger to the streets of Miami. High end living and fancy cars is something that we see on a daily basis. Being such an extravagant city, a lot of tourists are attracted to visiting a place that everyone talks about. There is always something to do in a city that never sleeps; whether it is the trendy streets by day, or the exciting night life by night, being in Miami will never bring about a dull moment, especially when you are in one of our Lamborghini rentals.

Now, the luxury lifestyle doesn’t only have to be for those who own fancy cars or a fancy house, lucky for you an exotic car can be in your possession for your weekend visit all thanks to mph club. Here at mph club we specialize in offering our clients the best in luxury and exotic vehicle rentals in South Florida. Among our large fleet are our Lamborghini’s. Whether your favorite is the Huracan, Roadster, Aventador or Gallardo we have got you covered. We aim to give you the best experience in Miami and why not give you that by offering you an opportunity to get behind the wheel of a Lamborghini for a weekend. So thrill up your next trip to Miami with an exciting rental from mph club and have an unforgettable experience.

When it comes to Lamborghini rentals, we have a lot of options of Lamborghinis for rent. For a person who loves supercars; does not differentiate between the kings of supercars which includes Lamborghini, which one is on the top. If we go back in time there was a person named Ferrucio Lamborghini who was an Italian manufacturing magnate. He founded Automobili Ferruccio Lamborghini in 1963. His company was noted for using a rear mid-engine and rear-wheel-drive layout which makes the driving a little bit complicated but it was good according to old times.

Lamborghini makes one of the best cars in the world and is also available in much more quantity than many other supercars brands. The cars launched by this brand Lamborghini are known for the shape of the cars and engine they make. First of all, if we talk about its tires, most of the cars of Lamborghini uses Pirelli P Zero. Pirelli P Zero’s grip and performance are excellent, and taking corners with this tire is very enjoyable but these tires tend to wear quicker than other models. Pirelli P Zero which can also be defined as the P Zero in short can last up to 30k to 40k miles which depends on the driver whether he is a soft driver or a spirited one. If he is not a harsh driver then the P Zeros can also last more than 40k miles. Now with that much information, you can pick up a Lamborghini to rent from mph club.

When we talk about a Lamborghini engine, oh boy, the Lamborghini’s we have for rent are fast as hell. The reason behind it being fast is that Lambos have aerodynamic shapes and are light weighted like every other supercar but what makes it different from other cars is the engine. One of the fastest Lamborghini’s models is the Lamborghini Veneno. Lamborghini Veneno looks like a road dominating machine that growls like a monster because the Veneno has 740 horsepower, 6.5 Liter V12 engine. Its top speed is 220 miles per hour but with professional and more customization Veneno can reach 240 miles per hour. Moreover, if you want to know more about this bad boy let us tell you that this car can go 0-60 miles per hour in just 2.9 seconds! Which is pretty insane.

RENT A LAMBORGHINI IN MIAMI

Furthermore, if we talk about its body the lambos have a very stylish body which also gives very high performance on roads.  When it comes to modern day lambos you must know that a Lamborghini on the road can make everyone’s heads turn. Moreover Lamborghini’s rentals come in all sizes which means that we also have lambos for people wanting a family luxury car. Above all, if you are 6 feet or above, you do not need to worry for your level of comfort as it’s just a rumor in the exotic car world that tall people cannot fit in supercars which is totally wrong.

mph club is providing you with an opportunity to drive a Lamborghini by renting it from us.