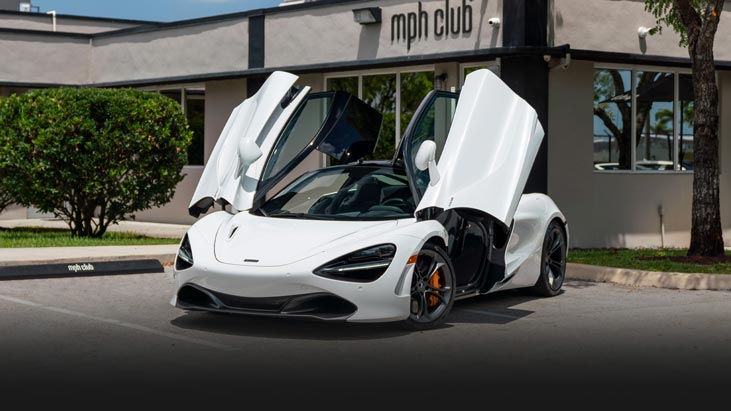 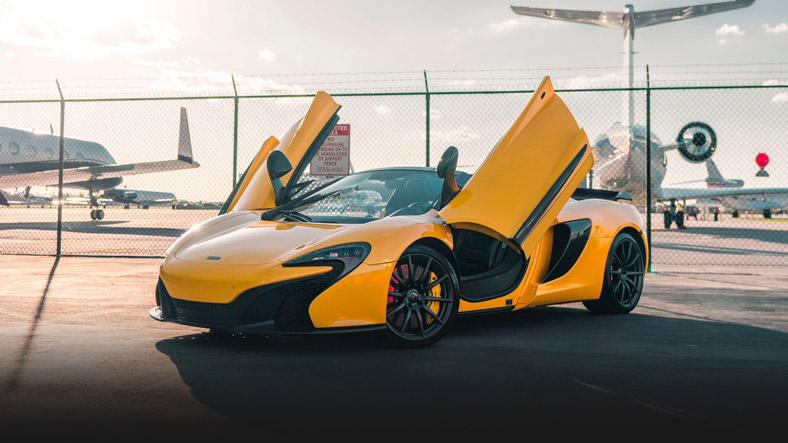 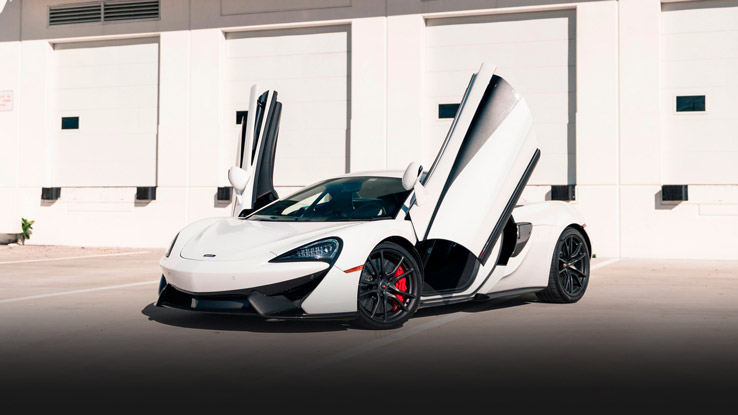 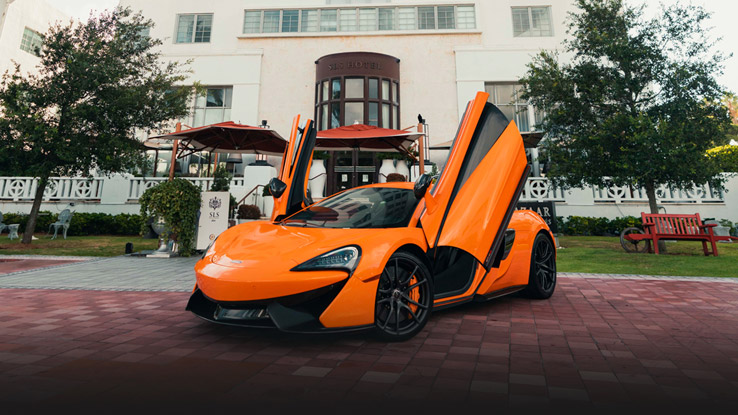 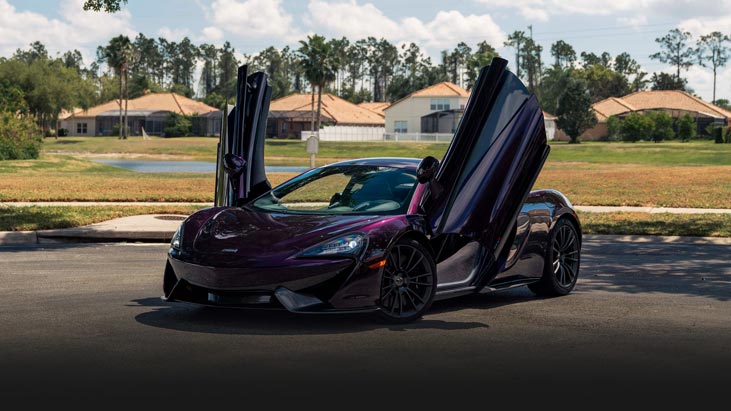 The Mclaren engineering team has already left a lasting mark on the automotive industry yet,  they seem to continually set new records and break expectations. If you feel a calling to try out some of these english supercars we got you covered.
We offer many of McLaren’s model’s as well as their different vehicle tiers. And what a better place to experience these exotics than in sunny Florida.
The 570S as an entry level sports car will still make your heart pound and is designed to give you a truly exotic experience. The white on carbon fiber styling sticks out and the butterfly doors will grab the attention of any bystander.

The 600LT is a driveable art piece crafted for a track setting and unleashed onto the streets for your enjoyment. The 600Lt comes in a unique gray paint with metallic orange speckles sprinkled through the paint that really pops in the sunlight. The interior is made of high quality alcantara and carbon fiber trim. The 650S takes the title “high performance exotic vehicle” to another level. Taking some of the best and most innovative aspects of mclaren design and applying it to a vehicle that can handle any situation. Bright yellow paint coupled with a unique carbon fiber body kit will attract a lot of attention parked and on the street. The 720S is a true supercar. At times a vehicle of this caliber can be intimidating, but our team members can explain all of the features and capabilities of this incredible car. We want to remind all clients to enjoy their rentals but follow all speed limits and traffic rules, no matter how tempting these cars may seem.
Read More...

When it comes to McLarens we must tell you that they are one of the most beautiful cars we have ever included in our exotic car rental business. The beauty of its body and its engine are the reasons why McLarens are well known amongst car lovers. McLaren makes sensational supercars. The best of the current breed is the McLaren 720S. It has twin turbo charged 4L V8 that produces 710 horsepower. Moreover, McLarens have high speed balance and also the best steering control. McLaren is best known for its construction of Formula One. In fact, if we discuss about this company’s history, McLarens have competed in American open wheel racing as both a fresher and a chassis constructer, cherry on top; it has also won the Canadian-American challenge cup sports car racing championship which is pretty cool.

mph club is giving residents and tourists a chance of a joyful ride in super-hot McLaren rental as we are giving different models of McLarens on rent.

When we talk about McLaren’s engine, McLaren uses M838T engines in their cars. It is a 3.8 Liter 90 degree twin-turbocharged flat plane V8. Furthermore, McLaren uses Bespoke tires concentrated on both the structure and compound developed by the engineers of Pirelli which has much flexibility and grip and at the same time has enough rigidity to cope up with the high aerodynamic loads. Moreover, these tires can wear off quickly but if you drive this supercar by keeping your aggressiveness aside, these tires can run up to 30k to 40k per mile very smoothly.

Furthermore, for every McLaren lover the best thing about this sports car is the shape of the cars. The body of McLarens are made of pioneered Carbon. Moving further most of the cars of McLaren have scissor doors except for a few like for example a McLaren 720S has twin hinged dihedral doors which is pretty cool. Take a McLaren on rent from our McLaren rental page and make your weekends or holidays much more fun. We also have a lot of choices on models and colors so don’t worry about getting your favorite color, I would not say the same about the models too because McLaren’s models are so beautiful that you can fall in love with these cars the first time you see them.

RENT A MCLAREN IN MIAMI

Above all, we also have a McLaren 650s and a McLaren 720s spider that can be a best daily driving car for a businessman who is on a business meeting and wants to get around Miami after work.
This car brand is one to not to be missed in any chance! Reserve your McLaren rental sports car now and avail this amazing chance of riding this beauty. Driving a McLaren in Miami is a whole new experience without spending a great amount of money.

Whether you’re interested in driving the entry-level exotic sports car or a top of the line supercars, we offer the full Mclaren experience.