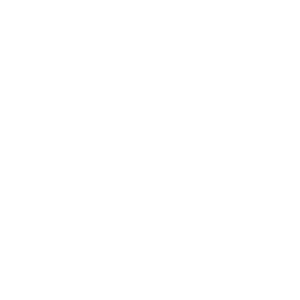 South Beach has an ever-growing Spyder problem. The latest edition to the mph club herd is the Lamborghini Huracán LP 610-4, which has now gone topless–perfect for Ocean Drive. The long awaited predecessor of the Gallardo Spyder is the highpoint of Italian flair and craftsmanship with untainted power. The new Huracán Spyder was a challenge that Lamborghini conquered, by redesigning almost every aspect of the vehicle for the purpose of having the roof eliminated. The goal was to chop the top without compromising aerodynamics or the stiffness of torsional rigidity. We can only assume that this new bull will soon become more popular than the Gallardo Spyder.

From an engineering standpoint, the Huracán will carry over the matching 5.2-liter V10 610-horsepower from the coupé. The Huracán Spyder can reach speeds upwards of 200 miles per hour. However, who would want to miss out on all Miami has to offer at that speed. Palm trees, ocean breeze, and sunny days. If there were ever a city made for a convertible, Miami would be the first place that comes to mind. Cruising through South Florida’s local streets in this stunning exotic is sure to turn heads wherever you pull up.

Constructed out of a combination of weight-saving aluminum and carbon fiber, the Huracán Spyder chassis is about 40 percent stiffer when compared to the Gallardo Spyder. Also added is a flat underbody and a sizeable air diffuser placed in the rear bumper, which notes the efforts that Lamborghini took to ensure that the new convertible was as aerodynamic as could be. Also, a feature that was borrowed from the Aventador, is the ability to lower the rear window and allow the engines symphony into the interior cabin; if small talk isn’t the order of the day.

The electrohydraulic cloth soft top can be retracted in about 17 seconds, even at speeds of up to 30 miles per hour. Which is very impressive for any vehicle, especially a super car. When the top is down, the backend lid features two long fins that expand from the passenger section to the rear fascia. This tailoring cue will differentiate the Spyder from the coupé and also allows additional cooling air into the engine bay. With the arrival of the new Lamborghini Huracán Spyder, mph club will be the first to offer daily, weekly or monthly rentals for the long awaited bull.