Before you even drive around America’s most famous tourist spots, take a glimpse of your Jeep’s story. Through mph club Jeep rental Miami and while you enjoy America’s sights and breeze, you can be a part of Jeep’s 21st century history.

In 1941, American troops needed a vehicle that is lightweight, fuel-efficient and can cater to soldiers needs for space for themselves and their gears, so jeep was created by Karl Probst. It was developed and manufactured by Willys-Overland exclusively for war, but it eventually was produced for civilian used after the war was over creating the Jeep brand we know today.

A decade later, with Henry J. Kaiser as new owner, Willys-Overland became Willys Motor Inc. The brand did not stop producing Jeeps, but it also totally explored jeep for use of regular citizens. Hence, models like the CJ-5, CJ-6, FC-150. With high-end engines being developed continuously, Wagoneer and Gladiator Jeeps were developed featuring V6 engines that boosted speed. Brooks Stevens even made the war-defined looks of Jeep to a kinder groove through its new designs.

Moving closer to the present time, American Motors Company(AMC) continued to steer the successful history of the brand when they bought it in the 1970s. Pickup jeeps, Renegade, Cherokee, Wagoneer, and CJ-7 were among the developments under the new company. Jeep continued to be a popular choice to satisfy off road needs of drivers.

Different versions of Cherokee, Wagoneer, Wrangler and trucks continued to be produced even under the Chrysler Corporation ownership of AMC. Chrysler Corporation eventually merged with German Daimler-Benz producing more modernized Jeep versions. From the battle-torn jeep of the 1940s, it has evolved to a very sophisticated, four wheeler vehicle an individual and groups can ride on.

This erudite designs continued as older version were continuously levelled-up. These can be seen in the brand’s Liberty (KJ), Liberty (KK), Wrangler Unlimited (KJ), Grand Cherokee (WK), Compass (MK) and more designs. Chrysler Group LLC allied with Fiat S.p.A in 2009 and today, Fiat S.p.A bought Chrysler Group and the Jeep brand is now under FCA US LLC. Up to now, Cherokee, Renegade, Compass are still the favorites.

Jeep as a brand had a long story from its role in the upkeep of democracy to the insurance that drivers’ needs for off road travels are satisfied. It continues today, even as you pick which Jeep you will rent here at mph club. What a great anecdote to add to your USA road trip stories! 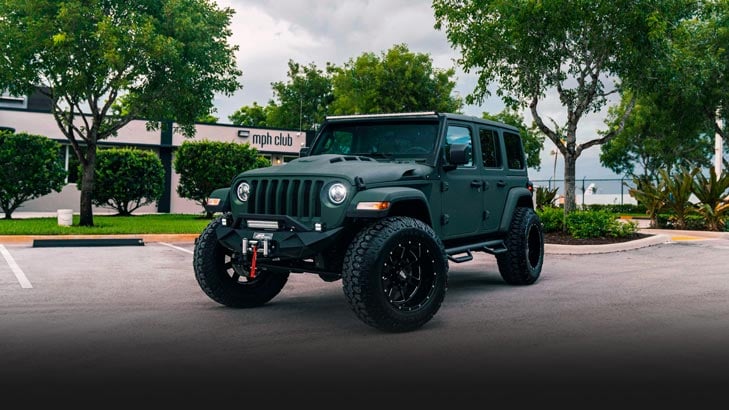 Given that you have never experienced a Jeep Wrangler, you’re in for a treat, a treat which mph club offers you today. You’ll anticipate each time you get in the driver’s seat, on account of the Wrangler’s notorious look which asks to go on unplanned adventures in Miami and surroundings areas. 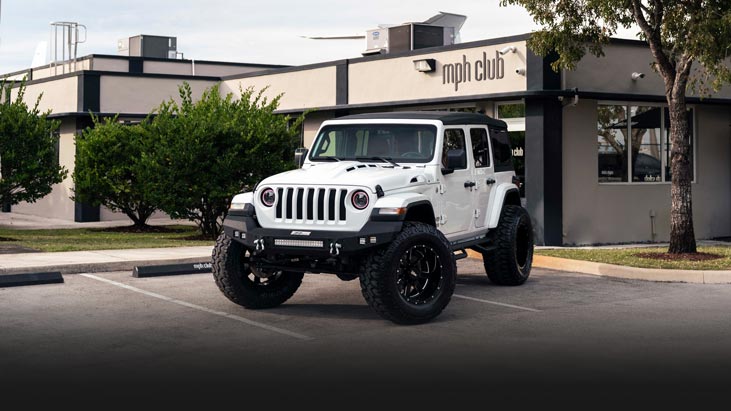 Do you want to explore the roads with no limit? Then there is no better idea than renting a Jeep Wrangler. Like its classic color, its performance is also elite that makes your trip unforgettable. So, get ready to conquer the roads in a unique style. 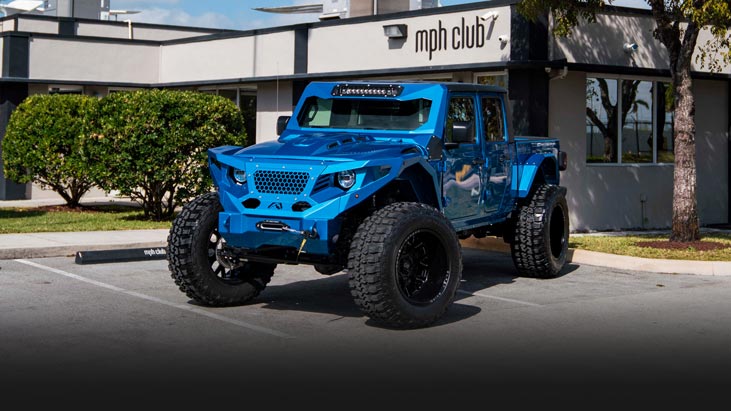 Powered by a blistering 3.0L V6 engine, the Jeep Gladiator unchains an unprecedented torque of 442 lb-ft. This pickup truck is reconfigured with authentic Jeep style and timeless open-air freedom to take you on the toughest terrains with dexterity and comfort. 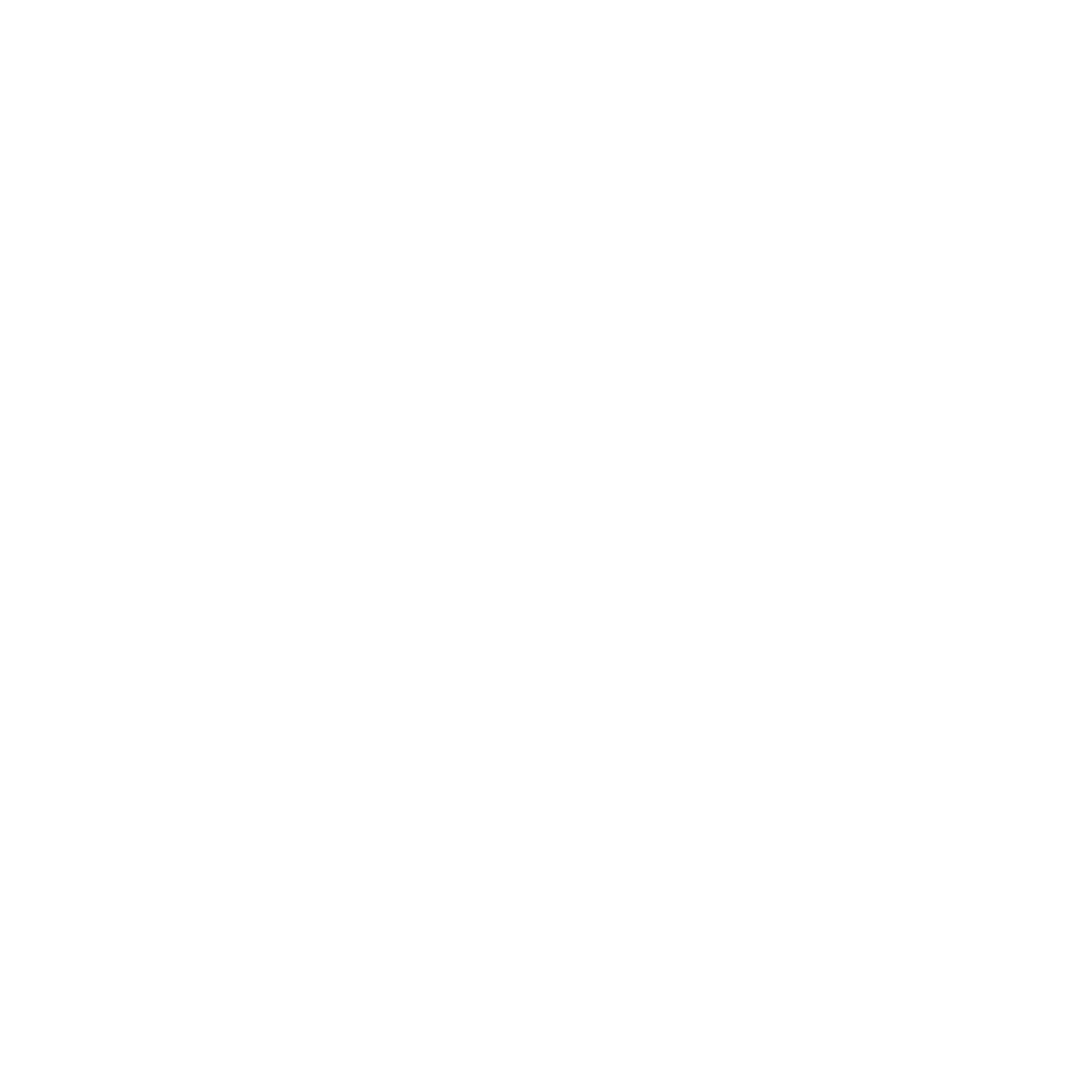 Driving one of our amazing Jeep’s peaked your interest? Contact us today fill out our booking form and we will promptly be in touch.

The History of Jeep

You cannot separate Jeep from history. Once you take the wheel and drive the Jeep, you become a part of the 21st Century history of this automobile.

Karl Probst is the mastermind of the design of the first ever jeep ever produced.
Looking at Jeep automobiles these days, one could simply see that they could take you places and could drive you to different terrains. Jeep like the Wrangler, Grand Cherokee, Compass, Renegade and Gladiator are all awesome looking rides, but if you look deeper into the story of how this sturdy inventions came to existence, we are sure that you will find driving Jeep more meaningful. 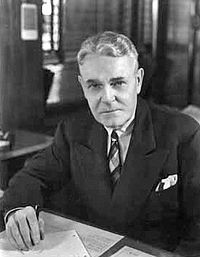 The Jeep, before it became the brand and the different versions that it is today, began as a vital player in the success of the Americans during the World War II. The jeep was able to drive miles carrying soldiers, ammunitions and other war needs efficiently. Thanks to the great mind of its inventor Karl Probst. His idea were developed and produced by car developers American Bantam Car Co., Ford and Willys-Overland, and they were able to supply just what the army needed.

November 1940 was a remarkable day for Jeep as the 1940 Willys Quad was officially delivered, and this began the continued development of war jeeps. Eventually, in 1941, the Willys MA was produced which drove all the way to Russia and England, US allies. Willys MB followed thereafter, which braved the field together with dauntless soldiers from 1941-1945. This creation is a true game changer as it enabled soldiers to mount guns and machines for battle.
Willys MB was also used for patrolling, transportation of water pumps to kill fire and as an ambulance that can stand different weathers and seasons.

The 637,000 Jeeps of the WWII days were a combination of 60-hp Go Devil four-cylinder engine, flat hood and flat benders, light and fuel-efficient. These characteristics all contributed to the success of the war, and as time passed one can easily incorporate Jeep to patriotism, passion, strength, resistance and liberty.

Jeep is not just a brand—it is a living tale of our history.

Thereafter, jeep did not only limit its production for the army but was also introduced for civilian use; hence, the production of CJ-2A from Willys-Overland whose first customers were farmers. With CJ-2A’s 1,000-2,600 rpm speed, it truly aided millions of American farmers post war period until 1945 in transporting their crops and other farm requirements. It was made even friendlier when the 1945 CJ-2A was developed, which boasted comfort to riders but was still fast and reliable for difficult topographies.

As years and decades passed, the jeep continued to evolve to station wagons, jeep trucks and jeepsters or the jeep sports car. Its ownership also evolved from Willys-Overland ownership to Willys Motor Inc. when it was bought by Henry J. Kaiser. Nonetheless, the influence of jeep remained both in noncombatant’s lives and in other war histories like the Korean was where the M38 jeep served along with militaries.

Jeep’s history continued subsequently until the present time under FCA US LLC. As you drive your Jeep, whether it is a Wrangler, Grand Cherokee, Compass, Renegade and Gladiator, you are already part of its history in the 21st century.

We, here at mph club would also like to be a part of this history by providing you Jeep rental as you drive around USA. Contact us at 888-674-4044.