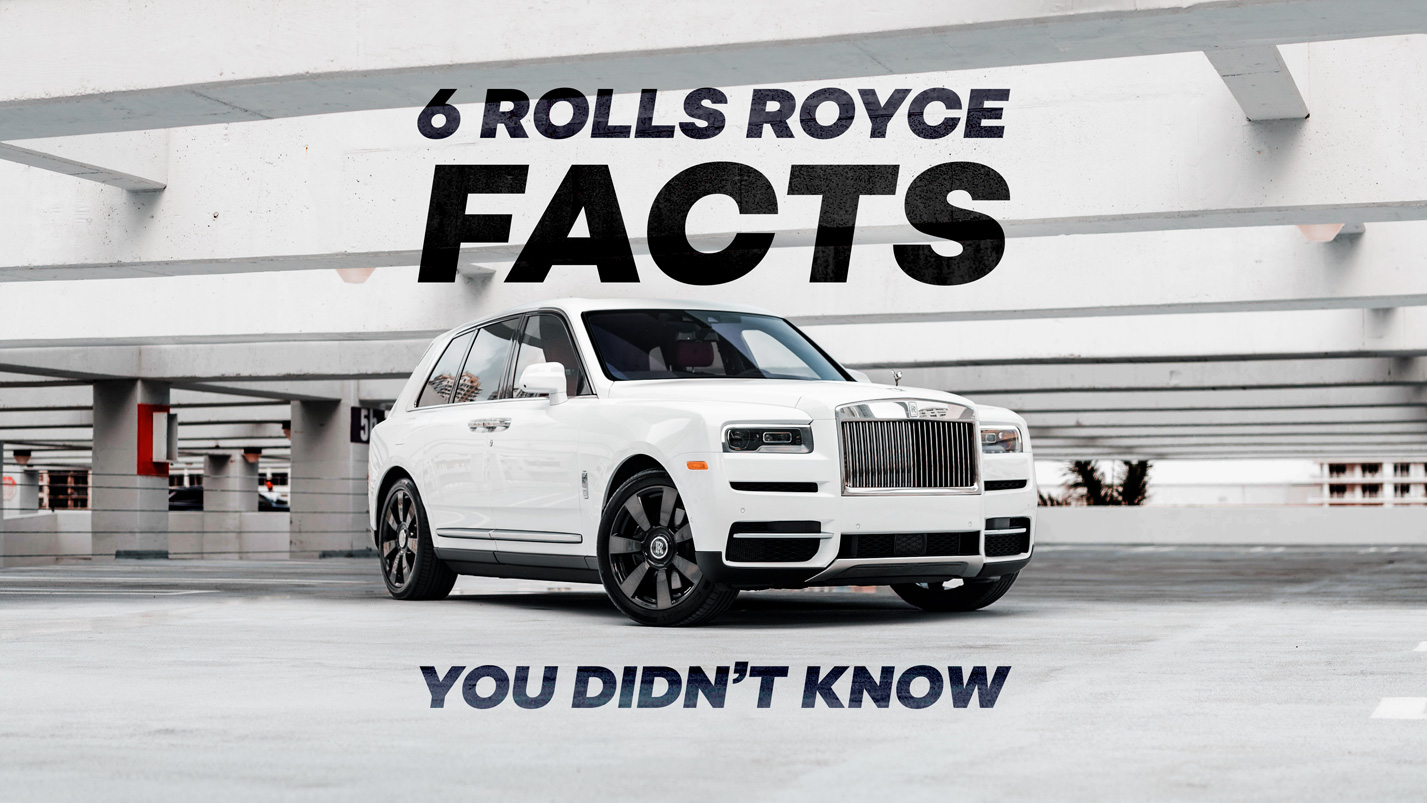 Talk about making eye-popping expensive land yachts for the planet’s elite, and only one name crosses the mind: Rolls Royce.

As a synonym for opulence and style in the world of automobiles, this British automaker has been around for what appears like forever and has designed some of the most prominent cars the world has ever gazed at.

Furthermore, everyone seems to know the name Rolls Royce, but how much do people truly know about it? Below are 6 of the most interesting facts about Rolls Royce from the company’s 117 years of rich history. 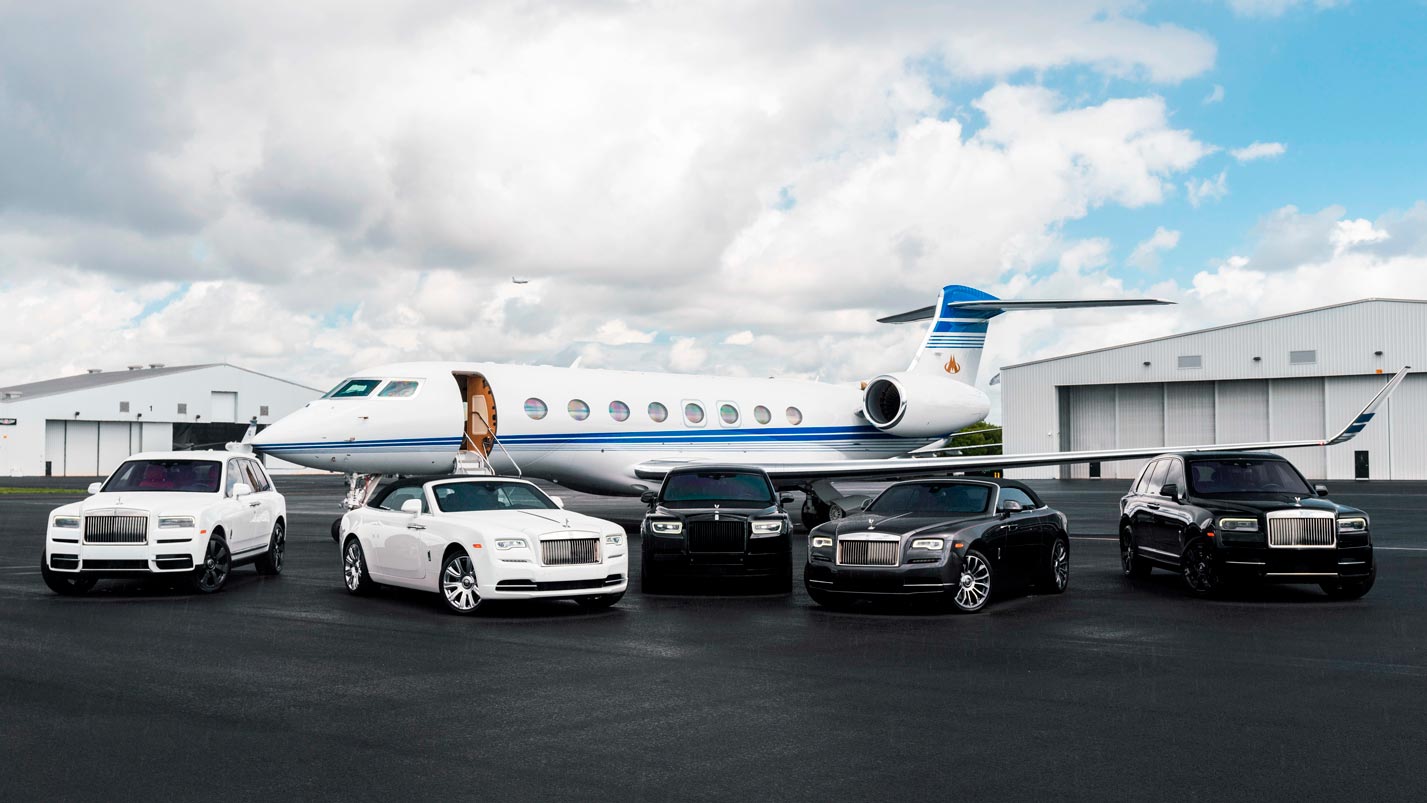 1- The Scandalous Spur That Cloaks The Spirit of Ecstasy

The quintessential hood embellishment the Rolls Royce is so well-known for is called The Spirit of Ecstasy, which made its first appearance back in 1911. Commissioned by John Edward Scott-Montagu, the second Baron Montagu of Beaulieu and a promoter of motoring, earlier variants of the ornament have her finger pressed against her lips.

The scandalous part? The sculpture is based on the likeness of his secretary-turned-mistress, Eleanor Thornton, with whom John had an affair that lasted over 10 years! Their romance saw an unfortunate end when Thornton died at sea in 1915, on a ship en route to India that was sunk by a German U-boat.

Charles Sykes, the artist that sculpted the statuette adopted and redefined its design for Rolls Royce, and it’s been in use ever since!

But wait, that’s not all! In 2002, when BMW acquired Rolls Royce from Volkswagen, the rights to The Spirit of Ecstasy emblem were still held by Volkswagen. BMW had to pay an additional $40 million to secure the prized ownership of the mascot! 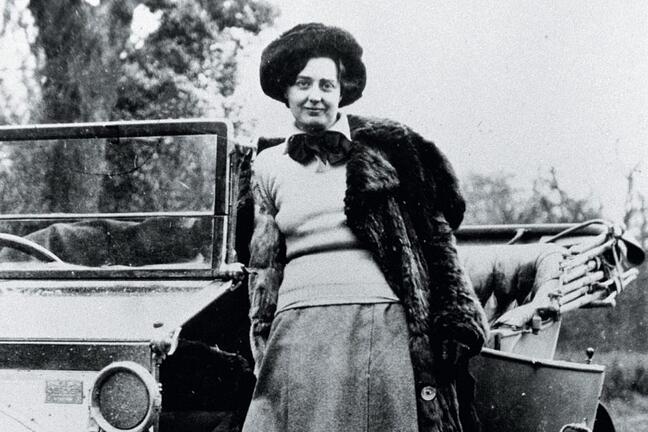 Just like always, to stay one step ahead of the standard, the innovative center caps of the Rolls Royce have anti-rotators, which cause the brand’s mark on the wheels to always remain straight, so that the logo of Rolls Royce stays visible at all times.

The equalizing counterweight of the anti-rotators moves inversely to the direction of the wheels, thereby ensuring no overturn of the center caps. You may call it one of the idiosyncrasies and anomalies of the Rolls Royce, but having an ever-appealing style is simply in the essence of their spirit! 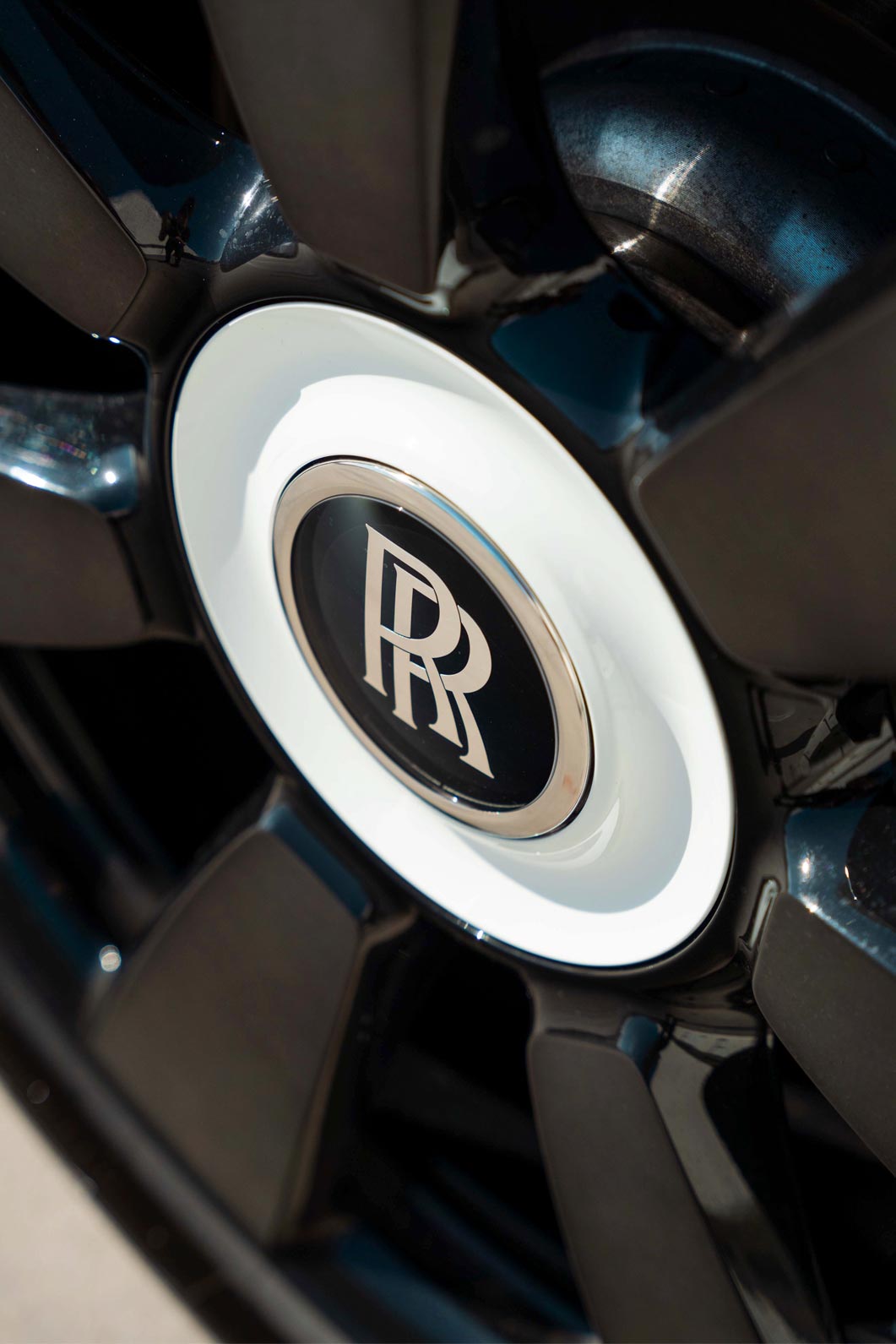 3- Rolls Royce Upholstery is Made Purely of Bull Skin

Luxury monomaniacs and the admirers of pristine upholstery gush over the fact that Rolls Royce only uses bull pelts for upholstery. Elegant leather swarms in any Roller, and thus, ensuring that each inch of it is blemish-free is an absolute necessity. As the female cattle are prone to getting stretch marks during pregnancy, this luxury British brand doesn’t use cow skin.

But that’s just a glimpse of the faultless detailing that the Rolls Royce delivers so well. The bulls used for the upholstery in these luxury cars are sourced mostly from Northern Europe, where the climate is too cold for mosquitoes and other insects to prevail — and so, you get blemish-free, bite-marks-free, and sublimely soft seats to sit on! Furthermore, it takes 8 bulls — all handpicked — to upholster a single Rolls Royce, that’s quite a figure! 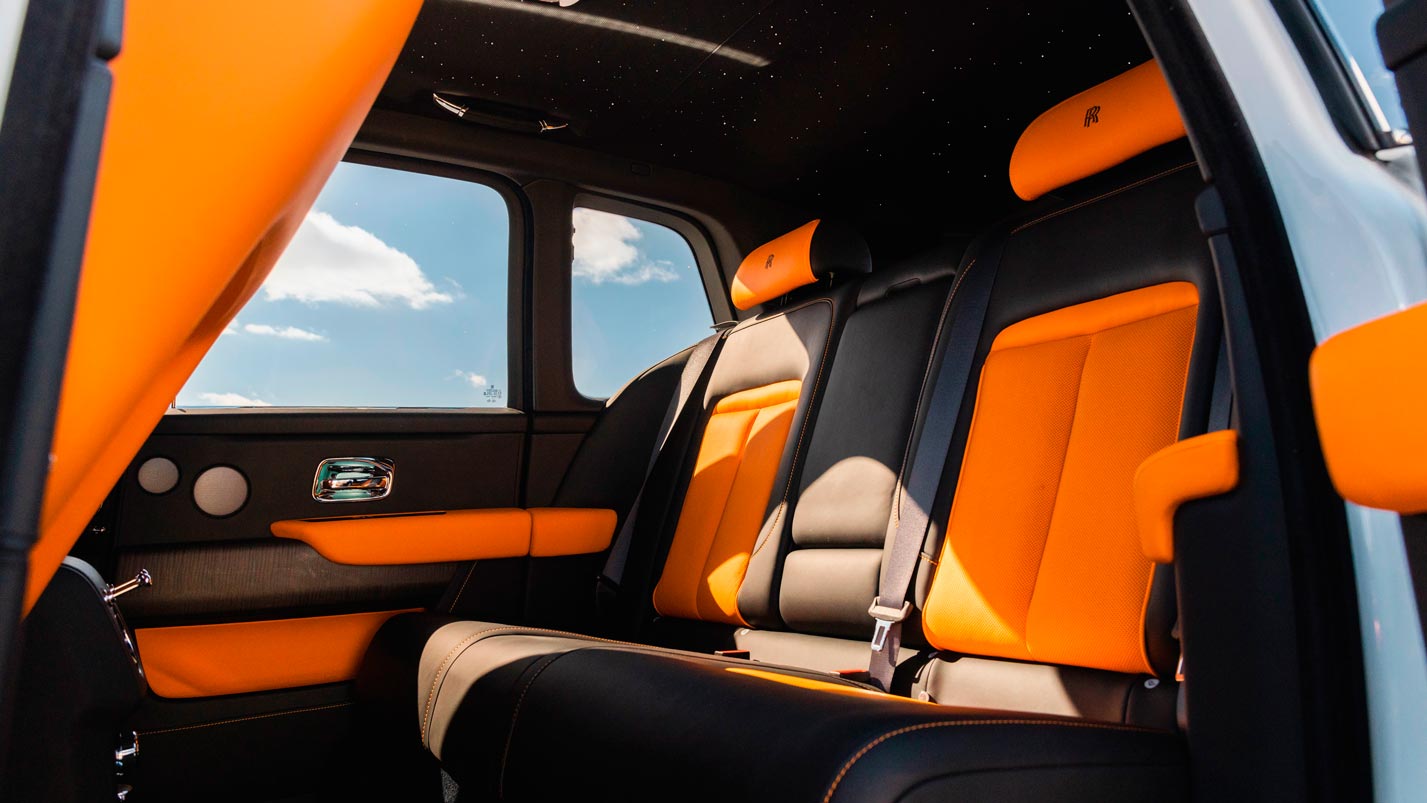 4- The Bewitching Spirit of Ecstasy Can't Be Damaged

In the early days, the highlight of the Rolls Royce — the Spirit of Ecstasy — was prone to be stolen, broken, or flicked off its front. However, with the new and improved remodeling of the emblem, it isn’t a possibility anymore.

Rolls Royce engineers have developed a safety feature that allows the statuette to promptly retract into the body of the car when subjected to force. So, if someone tries to remove, damage, or scratch it, the Spirit of Ecstasy will automatically hide inside the hood.

Another evidence that shows this statuette is eminently valued by the marquee is that there is a safe on the shop floor at Goodwood having no more Spirit of Ecstasy emblems than necessary for a single production day! Meaning no extras are made — ever. And, each mascot is made with the utmost heedfulness and craftsmanship. 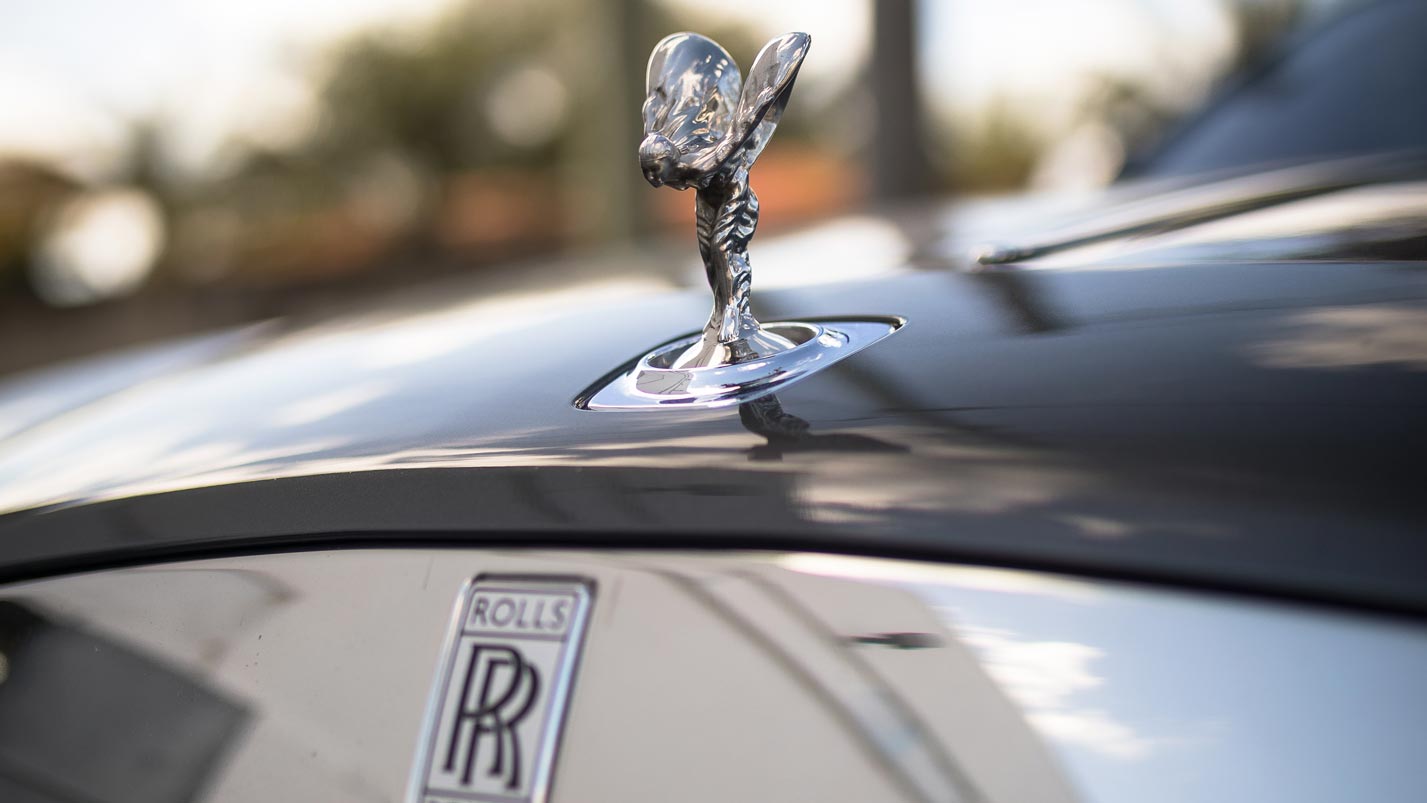 None of us is unbeknownst to the fact that Rolls Royce cars exhibit a penchant for detailing inside and out. You can decisively proclaim this British luxury automaker as the embodiment of poise and fineness when you know that for the past 19 years, just one pair of hands has been painting the pinstripes on all Rolls Royce cars!

Those skilled hands belong to Mr. Mark Court, who reportedly earns a six-figure salary doing this intricate work since the Rolls Royce opened its Goodwood plant in 2003.

The pinstripe overlay is of an exclusive variety that instantly binds to the vehicle’s paint, so any slips, oversights, or errors result in the whole car needing repainting. And thus, given the meticulous nature of the job and the lack of room for error, it is understandable why Rolls Royce trusts just a single gifted person for the undertaking! 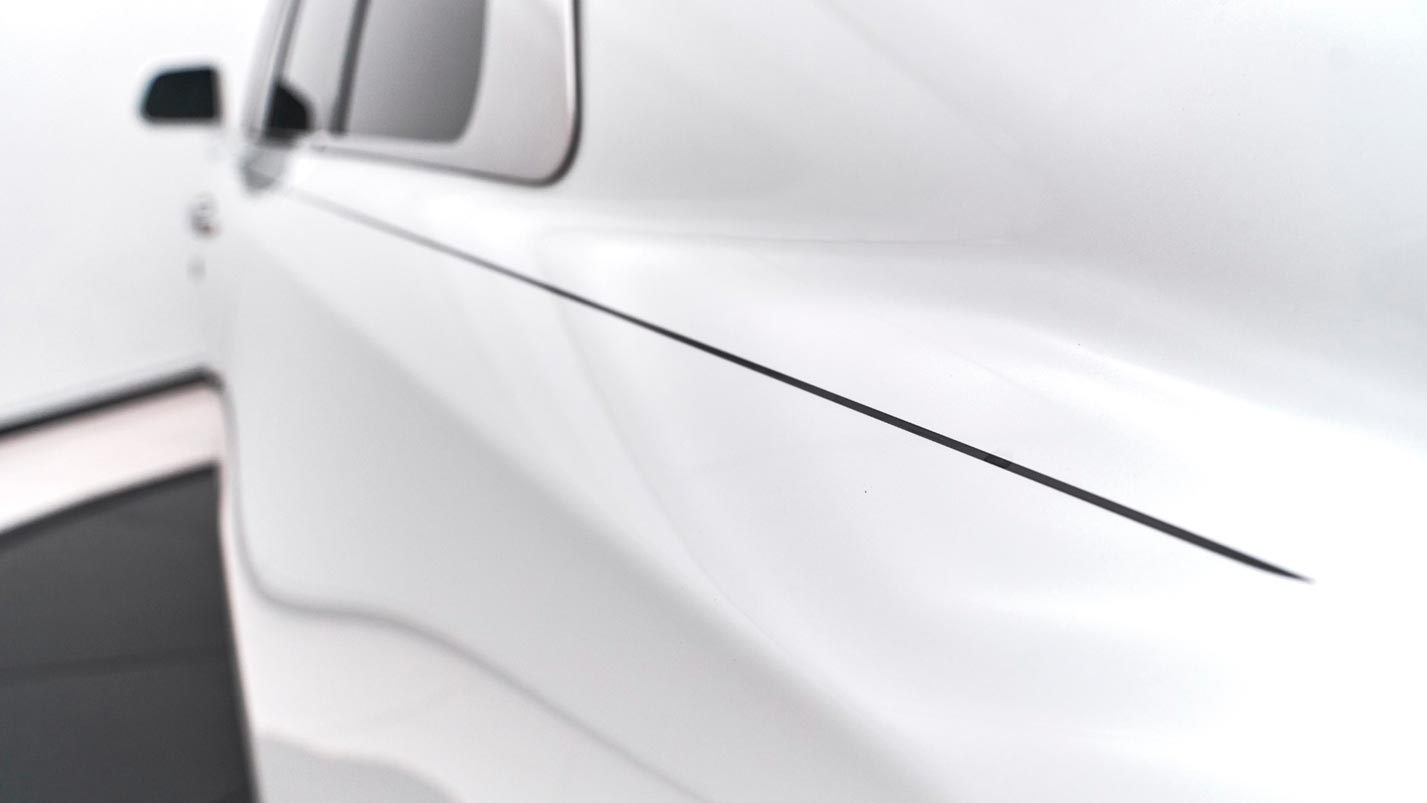 6- You Won't Hear A Sound Inside a Rolls Royce

With price tags that only the top 1% could ever afford to even dream of, Rolls Royce cars are made to offer ultimate luxury and that is why these cars are remarkably silent. The engineers and designers use hundreds of pounds of premium insulating materials inside the Rolls Royce cabin to make it truly soundproof!

Any outside noise is so well insulated that the analog clock that adorns the dashboard of the Rolls Royce can be heard ticking even when the Roller is dashing well over 70 mph!

On a related note, you can’t just walk into a showroom and buy a Rolls Royce; they are far too cliquish for that. However, you can go to mphclub.com and rent any Rolls Royce of your choice — feel free to experience the beauty of the Spirit of Ecstasy and the unbesmirched bull upholstery of Rolls Royce first hand! 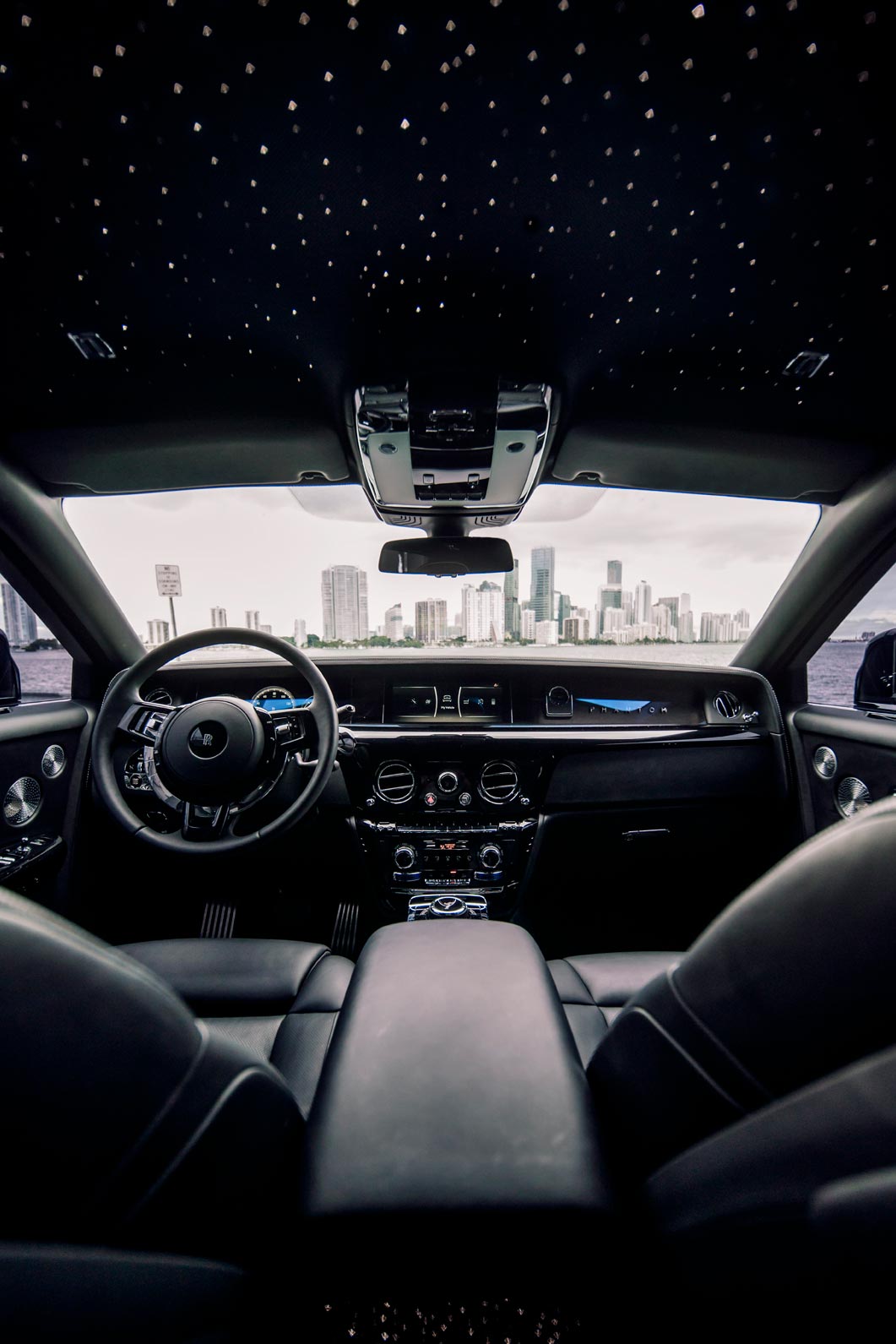 On a related note, you can’t just walk into a showroom and buy a Rolls Royce; they are far too cliquish for that. However, you can come to mph club and rent any Rolls Royce of your choice — feel free to experience the beauty of the Spirit of Ecstasy and the unbesmirched bull upholstery of Rolls Royce first hand!