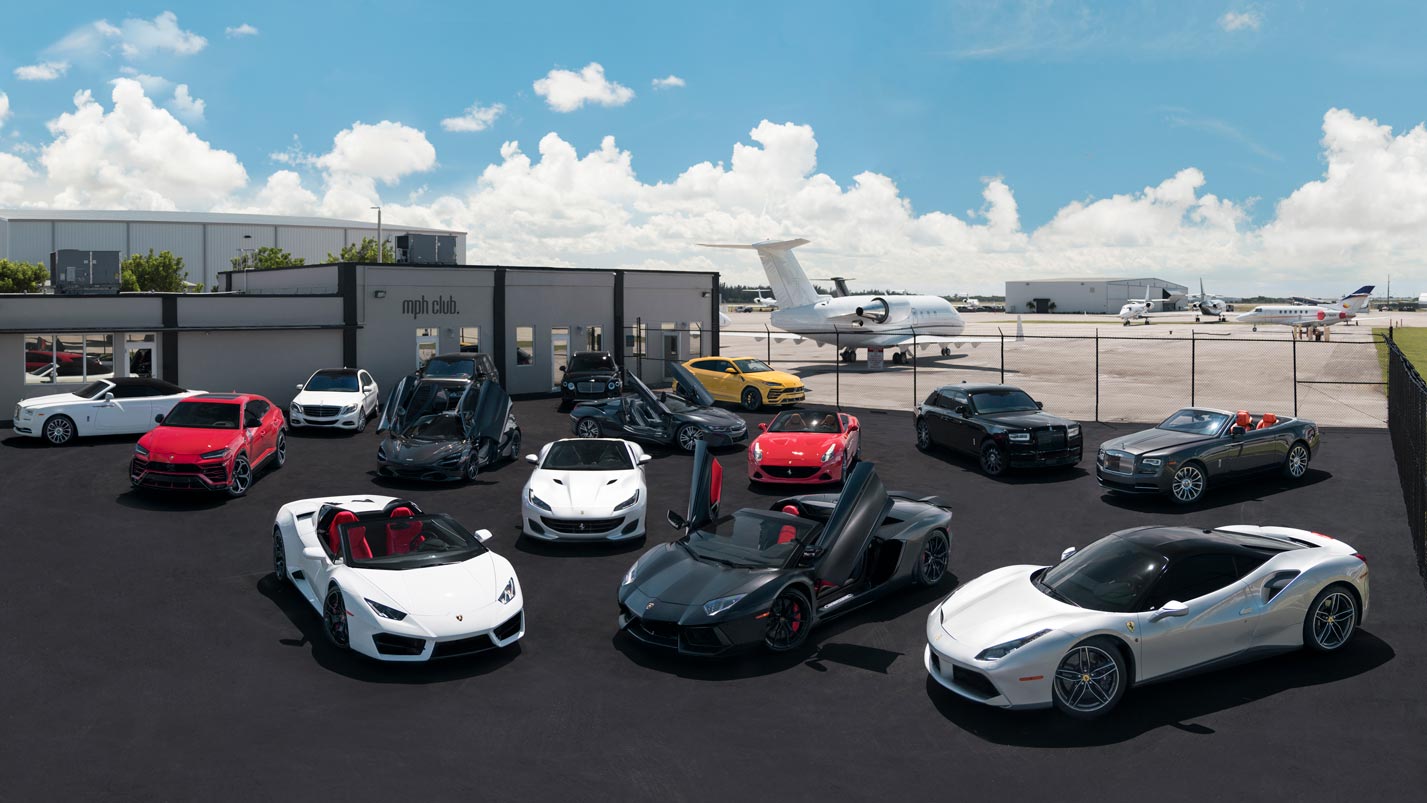 WHERE TO FIND LUXURY CAR RENTALS IN MIAMI

If you’re planning a trip to Miami, what better way to explore it than in a luxury car. There are many benefits to luxury car rental in Miami, especially if you want to ride in style.

Have you ever thought about renting a luxury car before? Read on to get started. Maybe it’s your wedding, and you’ve decided to rent a Rolls Royce or a Bentley. Or perhaps you’re vacationing and agreed on something more fun like a Lamborghini or McLaren is more suitable for you.

No matter the event, a luxury car can make the experience more entertaining, but how do you find the ideal luxury rental car in Miami?

There are a few things to consider when selecting the right luxury car rental, such as car affordability and brand preference. Luxury cars are expensive, and thus, rates can be costly. Before making a reservation, you have to decide if you want your luxury car rental to be a daily rental or just a few hours. Most businesses offer both services but sometimes require a minimum amount of hours.

Something you should keep in mind is the number of miles included with each reservation. Any miles driven over the specified amount will have a charge.

It’s essential to know how much each extra mile costs for your luxury car rental.

Make sure you find out how much your minimal credit card balance should be. Deciding which luxury car is right for you is easy. Do you want a fast car or something more moderate but luxurious?

The good thing about exotic luxury cars is that they can be both! Are you on vacation and want to cruise down Miami beach in a fast and flashy car? In that case, the Lamborghini Aventador might be the right luxury car for you.

With its V12 engine, the Lamborghini Aventador can do 0-60 mph in just 2.9 seconds reach speeds up to 217 miles per hour. The best part about driving a car with a V12 engine is the thunderous sound it makes.

Even though the McLaren 720s can do 0-60 mph in just 2.7 seconds with an engine that produces 710 horsepower, the interior is still elegant.

You will find nothing but high-quality materials and a flawless futuristic design loaded with the latest technology inside the McLaren 720s. If you decide the Rolls Royce Phantom is the right luxury car for you, it would be a good idea to opt-in for the chauffeur service. ARE YOU READY TO START DRIVING THE CAR OF YOUR DREAMS?

Are you ready to be chauffeured in a brand new Rolls Royce phantom on the way to your wedding? Or maybe you want to enjoy the spectacular Miami scenery in a nimble Ferrari.

Visit us for the best prices and one of the biggest fleet selections in Miami. 5 TOP OCCASIONS TO RENT A LUXURY CAR IN MIAMI

Are you planning to rent a luxury car?

Owning or renting a luxury car can be a dream for many. Whether you’re a big car geek or not, you’re sure to enjoy the benefits that a luxury car can bring. The car rental industry has various options, perfect for people of all tastes.

Renting a luxury car is not as expensive as most think. You also don’t have to worry about maintaining a rental car. Do you have a big event in Miami coming up?

Consider getting a rental luxury car. Here are some occasions that call for the need for a luxury vehicle. Is your dad a huge fan of high-end sports cars and luxury vehicles? Is there a certain luxury car he’s been wanting to drive? Consider renting a luxury car on Father’s Day!

If you live in Miami or are on vacation, you can rent out one of our exotic cars for a daily fee. Let your dad take the wheel as you explore the sights of Miami. Renting a luxury car is sure to be a Father’s Day gift your dad will love. Want to commemorate a special moment in your life with your partner? Rent a luxury car to help you ride in style while you’re on your special date. A luxury rental car is sure to turn an ordinary date into an extraordinary celebration.

Some rental companies will even offer fresh flowers and champagne upon request. It’s part of the package when renting a luxury car. If you want to impress and surprise your partner, take them out on a Rolls Royce.

If you plan on renting a luxury car for your anniversary, go on a road trip. Make the most out of your car as you drive along Miami Beach. If you’re having a wedding, go all out by renting an exotic car. Our luxury car rentals can fit almost any budget to make your wedding even more memorable. You can either drive the car yourself or hire one of our chauffeurs.

Focus on your special day without worrying about traffic or parking. You may also save your exotic car rental for the honeymoon! There’s no harm in riding in style if you’re on an important business trip. Treat yourself and treat your team for hard work by renting out a luxury vehicle. You’re sure to make a good first impression and get a confidence boost with an exotic car.
Visit our Corporate Events page for more details. What better way to celebrate your graduation than renting out a luxury car? Getting a luxury car for your graduation is a great way to reward your success and time in school. You can take your best friends out for a ride as you enjoy this special event. Here are some great occasions to rent a luxury car. If you’ve been looking for an excuse to ride in style, this is your sign.

Looking for a specific car? Reserve your luxury car and contact us today!